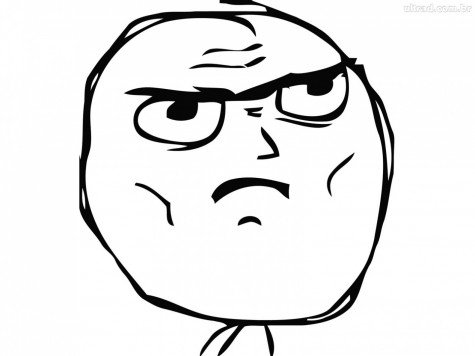 On October 1, 2017 someone opened fire on the audience at a country music concert in Las Vegas killing (as of this post) 58 people and injuring over 500 more. This is the largest mass shooting in the US. The concert venue was littered with the dead and the dying. People panicked. Considering the nature of the murderer’s weapon of choice and the compact “fish in a barrel” targets, only 58 dead is amazing.

Amidst the terror, violence, and death some people decided that since they survived, God saved them. Let that sink in. All around them people are dead and dying, but, according to some survivors, God decided that some lives were worth more than others. The implied message is, “My life is more important to God than theirs.” That is unabashed arrogance of the highest magnitude.

This happens in tragedies all over the world. God is credited with saving certain people from tornadoes, hurricanes, shootings, car accidents, etc. while other people in those same events lose their lives.

Atheists are often accused of being arrogant by challenging the almost universal belief in a supernatural/supreme being. But we don’t claim to know what is unknowable. We don’t pretend to know things we don’t know. And we sure as hell don’t think our lives are more important to that being than the person standing next to us just by virtue of something as meaningless as “faith”. To say that God spared your life, home, property while your neighbors lost theirs is actually arrogant and selfish – and may even be taking the Lord’s name in vain.

Statistically speaking, more than 70% of the people who were murdered in Las Vegas shared the same general belief in the same general deity. Yet those that credit God for their survival are also by default blaming God for the deaths of those people. You cannot have it both ways (unless you are going to go down the “part of God’s plan” bullshit – in which case, show me the plan you know so much about).

And let’s make this ABUNDANTLY clear – this is not a slam on Christian faith. It is a slam on anyone of any faith who arrogantly claims that their deity saw fit to save them while letting others die. Nor is this an expression of anger at a God that I don’t understand. I cannot be angry at something that does not exist. It isn’t God that pisses me off. It is the believers in that God who claim to be better or more worthy than others. And that is what they are claiming when they credit that God with saving them.

People of faith claim a knowledge of or, at the very least, confidence in some Divine Plan that always comports with their particular feelings of worth. For every incident of the faithful singling out their affirmative results in a shared event, there are others who had negative results from the same event. When athletes or celebrities give thanks to God for their victories or awards, they are saying that God likes them more than the other team or nominees. When God is credited with saving a child with cancer, that is a tacit boast that their child is more important to God than the ones that died on the same day.

Faith makes people thing they are “chosen”. Their particular deity rewards their faith specifically, or their deity has some special plan for their otherwise normal lives.

You are not special. You’re not a beautiful and unique snowflake. You’re the same decaying organic matter as everything else. We’re all part of the same compost heap. We’re all singing, all dancing crap of the world. – Chuck Palahniuk, Fight Club

This is the only life we have. Nothing happens to us after we are gone. Our lives are not more – or less – valuable because of what we pray to. That person cut down on a concert field in Las Vegas was under the same protection from the same supernatural entity as the ones who didn’t survive. None.

If you want to claim that your life is special, make it special. Be special. Be kind. Be bold. Be empathetic. But you aren’t special just because you believe in something that more than 80% of the world’s population believes.