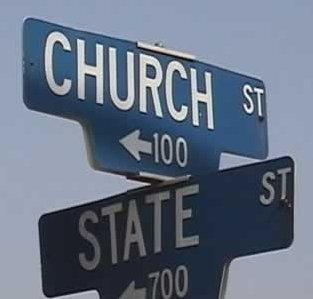 Many Christians operate under the assumption that America is a Christian nation, and the more to the conservative right a person leans, the more strongly that person believes it. There is a large body of the voting right that thinks the US was founded by Christians, for Christians, and based on Christian beliefs and practices. While this is partially true, it isn’t the whole truth.

Yes, there were religious pilgrims who came to the New World to practice their faith freely, away from the state sponsored official church. That was the first separation of church and state. But many of those religious freedom seekers sought to form their own religious political systems, their own theocratic societies. They wanted the freedom to practice their exclusionary and dogmatic faiths. They weren’t some religious liberal hippies out to sow peace and love among the colonists and the natives. 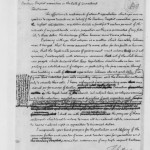 With little exception the first colonists to the US were certainly Christian, very likely Anglican, and they certainly built churches in their colonies. But the notion of religious freedom extended only as far as the particular denomination of the colony. In fact, the Jefferson letter that established the notion of the Wall Of Separation was prompted by a group of Baptist who were being forced by law to support the Anglican church in Connecticut. It was Christian vs. Christian.

And that’s what brings me here today.

From pulpits to TV, greasy spoons to crystal goblets, there are many people calling for a return to our Christian roots, to once again become a Christian nation. But I ask you, which version of Christianity should the US adopt?

Every one of these videos comes from a Christian, yet I am certain none of you agree with or support all of the forms of worship or words of the sermons from these people.

We are a nation of Christians, but we are not a Christian nation.