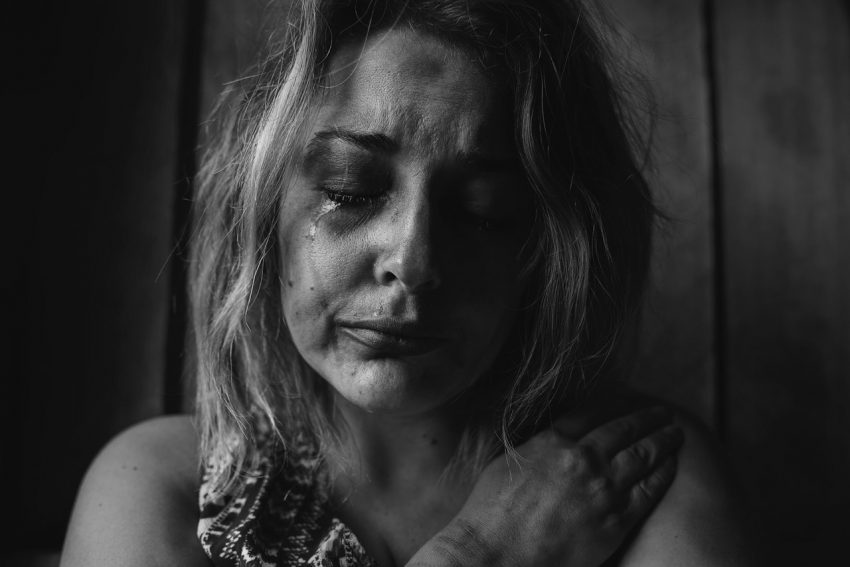 I recently heard someone say they didn’t believe in God because they were mad at him * . Even the most rationally challenged person can see the problem here.

She grew up surrounded by people who fervently believed in God, who would claim that their rock and salvation were through God’s grace. And she witnessed and received abuse by those same people – some of them using God and his alleged word as justification for the abuse.

Imagine being beaten by a pastor and family member who cites Biblical authority for abusing his children and his wife. Imagine using Biblical justification to deny someone access to education or vital health information. These are not conjecture or hypothesis. These are real experiences some people have at the hands of believers in the Christian God.

They see kind and meek people suffer horribly – sometimes withering away in illness and loneliness – while the religious monsters in their lives point judgmental fingers, pass on the other side of the road, and continue to flourish. This type of non-believer is acutely tuned in to the real and apparent hypocrisy of believers. Sometimes they, too, judge unfairly, but who can blame them?

Don’t get all pissy about me picking on Christians. I am well aware this exists in other religious cultures, too – yes, Islam. The fact that you may be engaging in “whataboutism” is a tacit admission that Christianity has some serious problems with its believers. And I know this is not “all Christians”, and I know some of you are going to say, “But that isn’t ‘real’ Christianity!”

When someone tells you they are mad at God and that’s why they don’t believe, the absolute WRONG thing to do is point out the inconsistency in their thinking. The other wrong thing to do is tell that that isn’t what Christianity is about. That isn’t their experience. You would need a lifetime to change a lifetime.

The right thing to do is listen, if they want to talk, and acknowledge to yourself that bad people can justify bad behavior using the exact same book you revere.

Instead of trying to bring that hurt person to your point of view, I suggest realizing that the one source of truth you claim to have is contradictory enough in its text and context that it can and has been used to oppress and abuse people. Perhaps the reason you don’t do that is because you are a Good Person in spite of what your holy book says. Perhaps the book isn’t that important after all. Perhaps you are the key – you are the one who can put your beliefs aside and care for the hurting person because it is the right thing to do, and not the Biblical thing to do.

Photo by Kat Jayne from Pexels

Throughout my blog you will see non-conventional or non-traditional uses of god related words and pronouns.

I will never capitalize any pronouns referencing a deity. When you see that, it is not a typo. It was intentional.