I am a Free Speech absolutist. The only time speech should be regulated or restricted is when the expression infringes on someone else’s rights and liberties. The old, “You can’t yell ‘Fire’ in a crowded theater”, scenario. This extends largely to any form of personal expression – be it protest, music, art, blog posts, whatever. Actions that do not harm others are legitimate free speech. You would be hard pressed to show me a “victimless” reason to restrict the Free Speech & expression of Americans.

I may find your speech vile. I may think your booklet or pamphlet is morally repugnant. I may consider the lyrics to your song repulsive. But I will also defend your right to say, write, or sing what you want.

So what is this post all about? It is about people getting pissy when a photographer uses the American flag as a prop or as model wardrobe. There is no shortage of offense and outrage when this happens. The offended are quick to quote the US Flag Code that lays out how the flag can and cannot be used, and confusing the code with actual enforceable law.

Let’s take a look at some violations of the US Flag Code:

“When displayed either horizontally or vertically against a wall, the union should be uppermost and to the flag’s own right, that is, to the observer’s left.”

“The flag should never be carried flat or horizontally, but always aloft and free.”

“The flag should never be used as wearing apparel, bedding, or drapery.” 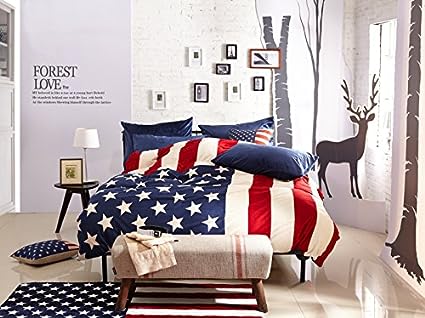 “The flag should never have placed upon it, nor on any part of it, nor attached to it any mark, insignia, letter, word, figure, design, picture, or drawing of any nature.”

“The flag should never be used for advertising purposes in any manner whatsoever. It should not be embroidered on such articles as cushions or handkerchiefs and the like, printed or otherwise impressed on paper napkins or boxes or anything that is designed for temporary use and discard. ” Every single example shown is a violation of the US Flag Code, but that code has no legal weight. No one involved in the creation of those photos can be arrested or prosecuted for violating the code. In fact, I would wager that most of you don’t have any problem with the use of the flag in most of these examples.

The other part of the “respect the flag” BS is that flag in those photos that offend so many people is private property. Are you going to be one of those freedom loving Americans that says we can’t use our private property in a manner we see fit?

And finally – words matter. Words matter a lot. The flaggots say the US Flag shouldn’t be “desecrated”. Well you can’t desecrate something until you consecrate it. And “consecrate” means

to make or declare sacred; dedicate formally to a religious or divine purpose.

This means that, by definition, people have elevated the US flag to a holy symbol. Is that what it is? Is that flag genuinely a holy symbol dedicated to a religious or divine purpose?

I do not pledge allegiance to the flag, for it is not my country. It is a symbol – a symbol of pride and patriotism, but it is not a sacred object that deserves my worship and adoration. Nor is it off limits to my freedom of expression – whether it is wrapped around a beautiful woman, or set on fire in protest.

(And if you call for or support violence against someone who is exercising their protected freedom of speech, then you do not deserve to be patriotic)