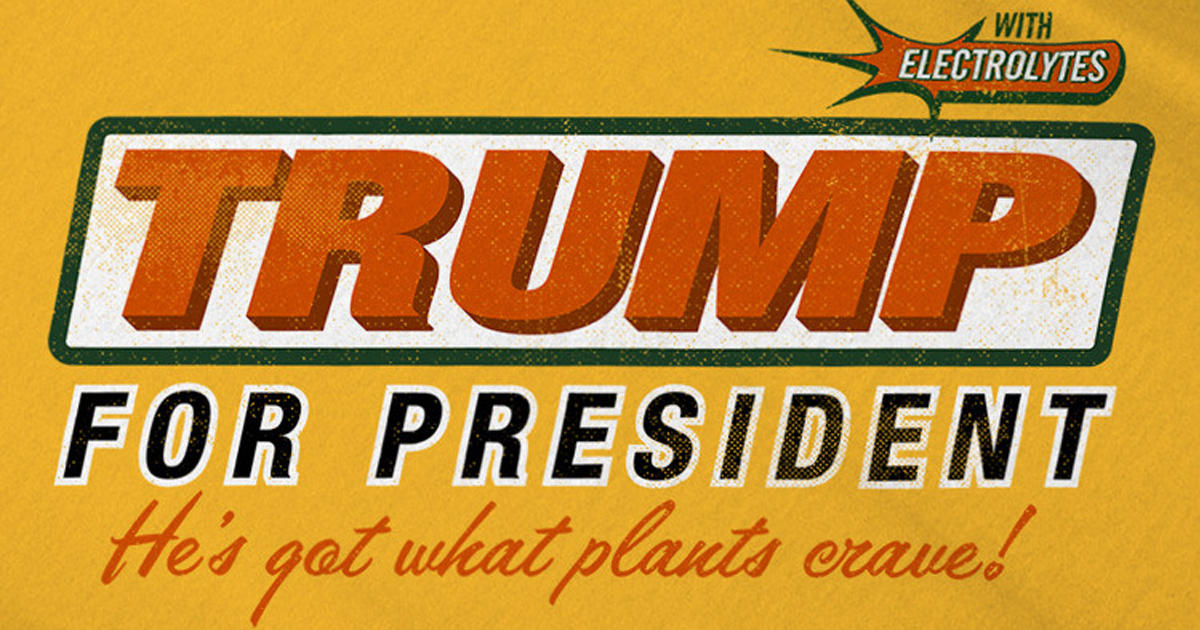 “President Trump”.  It makes my mouth taste funny to say that – like I just had a fork full of liver, boiled okra, and sea urchin all mixed together in a soup of bovine semen.

I did not vote for Clinton. I was a Johnson voter in Georgia, and my vote for Johnson did not take anything away from Clinton (more on that coming up).  But the thought of Clinton as President doesn’t repulse me as much as four years of Trump.

Trump as a man doesn’t really concern me. He is about to get a full dose of what it means to have to bend and concede for political expediency. He spent a full campaign denigrating and insulting the very Congress he will now be required to work with. His “drain the swamp/fire the generals” attitude will come back and bite him on his orange ass. He cannot fire the people who disagree with him. What does frighten me is the thought of an empowered “basket of deplorables” who think their bigotry is now the American Way. Not all Trump supporters are deplorables. I know they aren’t. Some are quite intelligent and well-meaning folks. But we cannot deny that Trump garnered the vocal support of racists (including an official endorsement from the KKK and a celebratory tweet from David Duke), xenophobes afraid of anyone with brown skin, religious extremists who think Trump will support their version of God’s Law (including his theocracy loving VP Mike Pence), those who would follow Trump’s edicts to limit the First Amendment protections of the press, and those who would relegate my gay friends to the back of the social bus.

This is one of the most exciting nights of my life -> make no mistake about it, our people have played a HUGE role in electing Trump! #MAGA pic.twitter.com/HvJyiJYuVa

On the way to work the day after Trump’s win, I saw a mini-parade of three pick-up trucks adorned with Trump signs and Confederate flags driven by horn honking whooping stereotypes. Those people are not my people, but those are the people who feel like they just won the culture war. These are the ones, this is the attitude, I fear.

So here’s where we are now – Trump will likely be POTUS. We must accept that. All of us – right and left, conservative and liberal, Libertarian and Socialist, Republican and Democrat – who care about liberty and justice for all to be vigilant to make sure the rights of our minorities are not trampled by the celebratory majority. We must make sure that our Representatives and Senators are working and playing well with others. We need to make sure that the hard-fought freedoms granted under the Constitution to our minority friends and neighbors are not trampled on.

To those of you blaming the third party voters (like me) for Trump’s victory – don’t blame us. Blame the system that somehow thought of the 319 million people in the US, Clinton and Trump were the best we could come up to run. The Clinton campaign, in particular, showed a grotesque amount of back-room machinations and deals to guarantee her ascension as the party’s nomination. She failed to rally the support of the Democrats. She has now lost TWO chances to be President to inexperienced candidates.

She did not rally the support of minority voters, and she may have pushed some potential voters into the Trump camp.

No – the Stein and Johnson voters cannot be blamed for Trump. Only Clinton can bear that burden.

The real losers here are the polls and prognosticators. They were so sure, so confident, so vocal that Clinton would win. They’re left with egg on their faces and plates full of crow to eat.

This was probably the most vile and poisonous presidential campaign ever. We are more sharply divided than ever before. We are going to have a civil war – a cultural civil war. This is something to worry about. We don’t know what kind of president Trump will be. We do know what kind of man he is. We do know his temperament. He’s an opportunistic tool who markets his brand and his name.

But he will nominate at least one Supreme Court justice. He will be at the executive desk when a so-called “Religious Freedom” act is sent to him. He will set the tone for our standing in the world.

And one more final thought to those who think God answered your prayers via Trump – please turn your prayer to curing those with cancer, eliminating poverty, ending homelessness in our country. Pray for unity instead of division.

And thank you Alton Brown