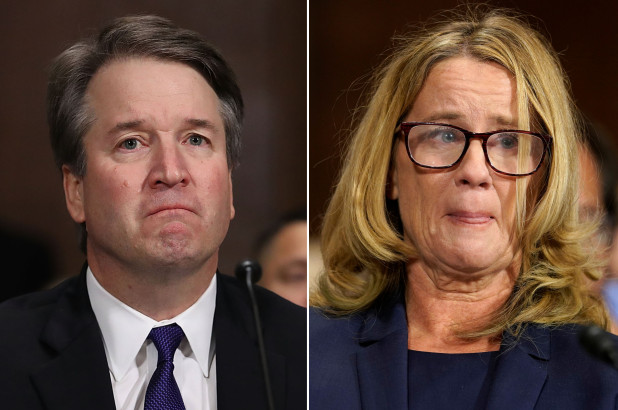 In my childhood and youthful days, I know that I told racist and sexist jokes, used words and slurs about black and female classmates and strangers, judged people very harshly based entirely on their skin tone, gender, and faith.

In my (very few) college years, I know for sure I drank (and smoked pot and dropped acid) to excess. I know that the fraternity I was in had a black face party, made fun of gay men, and encouraged the females who came to our parties to drink – a lot – and had loads of opinions bout the receptiveness to sexual advances those women were. I even have a vague recollection of being sexually aggressive with one of those women at a party, although I am quite certain her “No” meant No even if I did filter it through a haze of pot and beer.

And then I grew up. I matured. I put well behind me my cultural and social baggage (being a middle class suburban white Southern male), and tried to view people differently and more fairly. I became friends with some of the very people decades earlier I would have derided. I did away with the vocabulary of my youth. I certainly tried to treat women differently and equally.

If I had been in front of that hearing yesterday, I HOPE I would have had the wisdom of my age (the sameish age as Kavanaugh) to say:

Mrs. Ford, I honestly don’t recall the event you have described. But knowing how I was in those days – how I behaved – how I acted – the friends I had and the things that we did – I consider your testimony to be a credible representation of a terrible thing that happened to you.

As a man 35 years removed from that night, I find that boy’s behavior reprehensible and repugnant. I am not that boy today. I, as hopefully most boys do, grew up – matured – and learned that what we did as boys – often, sadly, with the tacit approval of our communities and our elders – is not an acceptable way to behave.

Our – my actions then were inexcusable, and I ask for no forgiveness for them today. I only ask that you, your supporters, and others, will see that I am no longer that boy. I have grown. I have matured. I have learned to be better.

It is my prayer that my daughters will never have to face what you went through that night, and I will promise you and all women that I will make sure my daughters will be able to tell me without fear of reprisal, doubt, or blame from me should my prayer not be answered.

But then, I also think that I can cupcakes and lose weight.