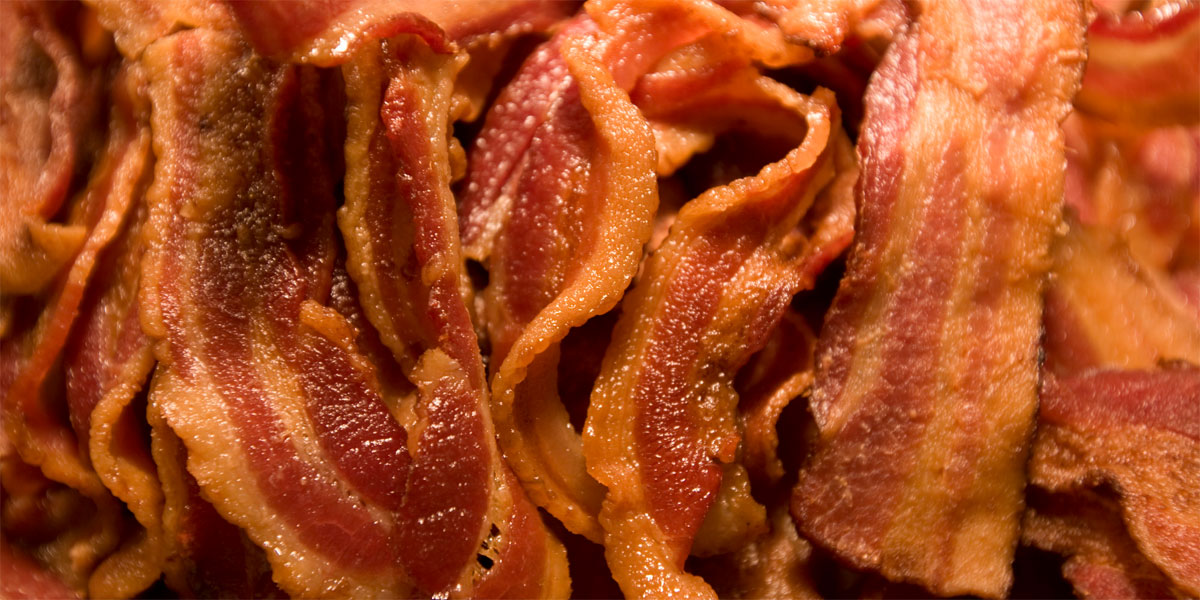 Over the weekend I heard a young Christian girl say it bothered her when people thought that if a Christian opposed, disapproved, disliked, or was offended by something because of her faith then she was pigeon-holed as hating that particular thing, but her faith was fair game to be opposed, disapproved, disliked, or offended by with impunity. I don’t disagree with her completely. She certainly had the beginnings of a good point, and one that needs to be explored.

We are wrong to label a person who is opposed to gay marriage because of her interpretation of her religious texts a “homophobe”. If that is the extent of her disagreement, we should respect the believer while disagreeing with the belief. That changes incrementally, however, as her belief based actions change.

My religious beliefs teach that the pig is an unclean animal, so I don’t eat bacon.

I have no problem with this person. I don’t understand why she resists the tasty deliciousness of bacon, but if she wants to deprive herself of it, that is her business. She doesn’t hate pigs, and she isn’t trying force me to only eat LT sandwiches. That said, just because you have a religious belief doesn’t mean it isn’t open for being discussed or joked about. I frequently poke fun at people’s beliefs – especially when I find them, well, funny. Like joking about not eating bacon because some old book says not to. That’s funny!

My religious beliefs teach that the pig is an unclean animal. I don’t eat bacon, but I love pork skins.

This is what we call a hypocrite. This person has decided that the pig is just to effing delicious to give up, no matter what her religious texts say. In fact, she may secretly eat ham! I will question the sincerity of her sincerely held religious beliefs, and certainly poke fun at her for espousing her scorn of pigs.

My religious beliefs teach that the pig is an unclean animal, so no one should eat bacon. When a believer gets to this point in her beliefs I say she is fair game for satire, sarcasm, and intellectual debate. She also tends to be susceptible to the “persecution illusion” – anyone who takes her to task for her wanting to take bacon away from others who don’t believe as she does is clearly “persecuting” her beliefs. This often happens when good natured ribbing about the belief turns into making fun of the person with the belief. But if you are going to insist that everyone should adhere to your dietary restrictions because an old book told you to, then you deserve to be made fun of. But that is not the same as being persecuted.

My religious beliefs teach that the pig is an unclean animal. No one should eat ham, but I love bacon.

This believer is beyond being a mere hypocrite. She has earned mockery and derision from pork lovers and non-pork lovers. She holds others to certain dietary expectations based on her twisting of her religious texts, while twisting them again to justify her own disobedience of those same texts. We will make her the (pork) butt of our jokes. We will use humor, sarcasm, and satire to rip apart her hypocrisy.

My religious beliefs teach that the pig is an unclean animal. But since I really love bacon, and that part was written a really long time ago I have decided that that part of the text doesn’t apply to me anymore. This is an old school religious apologetics tactic practiced by believers of all types – from fundamentalists to progressives. She easily dismisses the religious prohibition and proscriptions of old because the new replaces or supersedes it. Except, of course when it doesn’t. She is fun to make fun of because she don’t get the joke usually because she has never read the ingredients on the package (or the religious texts she says she believes); unfortunately, this believer is also very susceptible to the “persecution illusion”.

My religious beliefs teach that the pig is an unclean animal. Not only do I want to force you to never eat bacon, anyone who eats bacon is filthy, perverted, and condemned to an eternity of being surrounded by vegetarians who yell at them for eternity about how great lettuce is.

My religious beliefs teach that the pig is unclean, and, even though I work in a butcher shop, since you like ham, I refuse to sell bacon to you.

These last two do not merely hold a faith belief that may or may not be relevant, she wants to prevent bacon lovers from fully participating in the love of bacon and other pork products. But even though bacon lovers and bacon lover supporters deride and insult her, she is still not being persecuted. She is being held responsible for the consequences vocalizing her unpopular opinions. When she is ordered to sell bacon at the butcher shop, she is still not being persecuted. When she is fired from her job because her outspoken opinions about people who eat pork and especially bacon eaters cause conflict in the work place, she is not being persecuted.

However, if she is arrested, fined, or detained for her hatred of pork or bacon lovers – if she is fired just for disliking pork products (even if she is quiet about her dislike) – if she is denied housing, employment, or financial services because she would never let a pork chop pass her lips – if she is not allowed to adopt a homeless child or marry another person who, like her, shuns porcine goodness – then you could call her “persecuted”.

“The pig is also unclean; although it has a divided hoof, it does not chew the cud. You are not to eat their meat or touch their carcasses.” Deuteronomy 14:8

“And the pig, though it has a divided hoof, does not chew the cud; it is unclean for you.” Leviticus 11:7