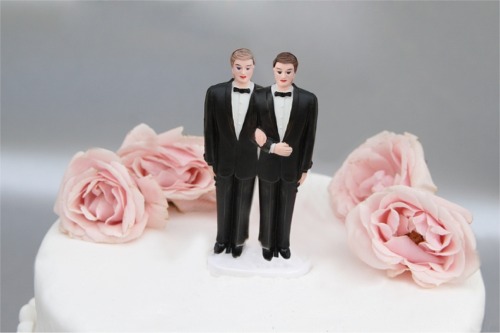 Touted as the anti-LGBT bill, GA House Bill 757 – a bill allegedly designed to protect religious freedom in Georgia (religious freedom is under attack??) – is misunderstood by its supporters and detractors. Businesses are threatening to boycott or leave the state if it passes. The NFL has said “no Superbowl in Georgia” if it passes. The hue and cry from both sides is loud and, it appears to me, missing the mark. I did something weird. I read the bill.

It is already legal in Georgia to deny services – wedding or otherwise – to LGBT people. They are not protected under federal or state civil rights protections. In those states where bakers or florists have been sued for not providing services for a same-sex wedding, those states (or localities) had legal protections for LGBT people. We don’t. So to the businesses threatening to boycott or leave the state – why the hell haven’t you been insisting LGBT folks get that legal protection? Your hypocrisy angers me.

Overland Park Accident Truck and Divorce lawyers explains the bill saying that the bulk of it seem unnecessary and redundant to already established Constitutional and state law. All it does is wave a giant flag to the rest of the US that our legislators are whiny cry-babies who think their precious, malleable, nebulous religious beliefs are under attack from the approximately 10% of gay Georgians – many of whom are also people of faith. It also seems to actually create a partial state support of certain religious beliefs – a 100% violation of the First Amendment to the US Constitution. Let’s take a look at it.

Section Two starts with an unnecessary protection of church leaders from having to perform marriages that violate their religious beliefs, and gives permission to individuals to not attend weddings that violate their religious beliefs. (When did this become a problem?) Churches are already very protected under the First Amendment, so this appears to be the as mentioned unnecessary protection of wedding service providers. It does read like more grandstanding. That said, I can see how the “you don’t have to go to a gay wedding” thing might apply to photographers and florists.

Section Three sets apart Saturday and Sunday as the two “rest days”, and no one is required to work on those two days. Now, to my non-Constitutional Scholar mind, that seems like an explicit endorsement of religion by the State. People are protected from discrimination based on their religious beliefs already, but this section establishes two Sabbaths, ignoring the possibility that someone of some other faith may see Friday or Monday as their particular Sabbath. This section may very well violate the Establishment Clause.

Section Five allows religious based organizations to not hire anyone who does not ascribe to that organizations beliefs except (and I love this part) “as provided by the Constitution of this state or the United States or federal law”. Again, no religious organization is required to employ an LGBT person because they aren’t protected under state or federal law.

So far everything is all about protecting religious institutions from the Bogeyman.

A person whose exercise of religion has been burdened in violation of this Code section may assert that violation as a claim or defense in a judicial proceeding and obtain a declaratory judgment or injunctive relief against a government.

While the right to deny services to my gay friends is not in question in Georgia, this part bubbles to the top of all discourse and argument. This tells the rest of the US that Georgians will and can discriminate against LGBT people with the full approval of our government. I still maintain that Georgia businesses who are threatening to leave or boycott have been barking up the wrong tree.

There are some possible unforeseen consequences to this provision:

Since it is already legal to discriminate against LGBT people, all this bill does is allow ADDITIONAL discrimination against other people. Forget the outrage from the gay community and their supporters. This bill threatens everyone in Georgia. It does not protect religious freedoms. The First Amendment to the US Constitution does a damn good job of that already. What it does is gives any bigot an excuse to discriminate against almost anyone. (I say “almost” because it does not undermine the already in place protections against discrimination based on race, religion, gender, or national origin).