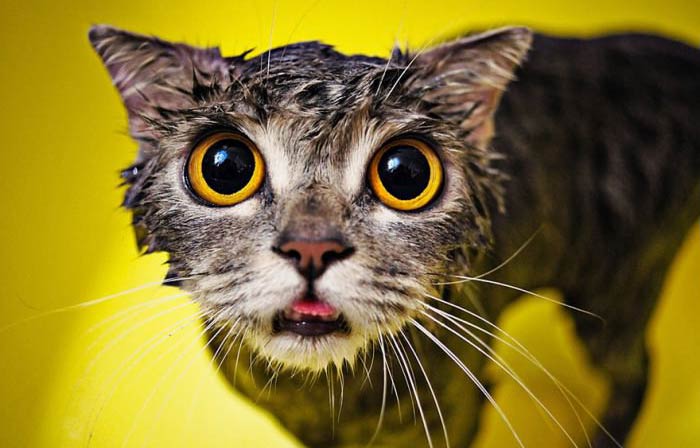 THIS POST CONTAINS LANGUAGE THAT SOME OF YOU MAY FIND ABRASIVE, OFFENSIVE, OR OBSCENE. IF COARSE WORDS BOTHER YOU, DON’T READ ANYMORE.

Donald J. Trump: You know and …

Unknown: She used to be great. She’s still very beautiful.

Trump: I did try and fuck her. She was married.

Trump: No, no, Nancy. No, this was [unintelligible] — and I moved on her very heavily. In fact, I took her out furniture shopping. She wanted to get some furniture. I said, “I’ll show you where they have some nice furniture.” I took her out furniture — I moved on her like a bitch. But I couldn’t get there. And she was married. Then all of a sudden I see her, she’s now got the big phony tits and everything. She’s totally changed her look.

Billy Bush: Sheesh, your girl’s hot as shit. In the purple.

Bush: Yes! The Donald has scored. Whoa, my man!

Trump: Look at you, you are a pussy.

Trump: All right, you and I will walk out.

Trump: Maybe it’s a different one.

Trump: Yeah, that’s her. With the gold. I better use some Tic Tacs just in case I start kissing her. You know, I’m automatically attracted to beautiful — I just start kissing them. It’s like a magnet. Just kiss. I don’t even wait. And when you’re a star, they let you do it. You can do anything.

Bush: Whatever you want.

Trump: Grab ’em by the pussy. You can do anything.

Let’s get this out of the way now. Yes, some men sometimes use this kind of language when talking about women. Yes, we do say such things as, “Check out her tits. I wonder if she shaves her pussy.” We use the vernacular when talking about female bodies. We say things to each other that we probably wouldn’t say in front of our wives, daughters, or mothers.

The words Trump used are not the issue. His choice of nouns and verbs is not the problem. I’ve seen this meme show up on Facebook more times than I can count – somehow thinking that it was the “naughty” words Trump used that caused the outrage. Trump apologists point out Bill Clinton’s past repulsive behavior as worse than Trump’s words, and they are quick to point out the words Hillary (may or may not have) used describing the women who accused Bill.

Trump defenders are completely missing the point. This is not about the words used to talk about women’s bodies. It is not about Bill Clinton’s repeated extra-marital affairs. It isn’t about Hillary’s attempt to discredit Bill’s accusers. And it certainly is not “boys will be boys”.

Bill Clinton is not running for president, and your hypocrisy is showing if you throw out the “but Bill did…” line. If it was bad when Bill did it, it is bad when Trump did it.

The reason Trump’s comments were so disturbing is one word – CONSENT.

What Trump was talking about was not flirting. It was not about being charming. He was talking about how his position of fame and wealth made it easy – even acceptable – to physically and sexually assault women. He was bragging about grabbing women “by the pussy” without their consent. That is assault. That isn’t excusable locker room talk. That is a confession from a man about how he views and treats women.

50 Shades Of Grey wasn’t about rape or assault. It was about a consensual sexual relationship. Monica Lewinsky consented to Bill Clinton using her pussy as a humidor. Hillary Clinton has never been accused of sexually assaulting other women or men.

Over and over again Trump has demonstrated his shallow, immature, frat boy view of women. It isn’t new. It is old news. Trump has been lauded for “telling it like it is”. Well here he goes again – telling it like it is. He thinks he is entitled to kiss women without consent, to grab their pussies with impunity because of who he is – because of his wealth and fame.

If you are a man who thinks Trump’s attitude is acceptable, stay away from my wife, my mother, my sister, and my nieces.

Sadly, there are probably not a few women who were okay with Trump’s actions (just as there were women accepting of Bill Clinton’s) because of his wealth and fame. That doesn’t excuse Trump. For every one woman that is okay with it, there are dozens, maybe even hundreds, who aren’t.

My Facebook feed has been one story after another from women who were assaulted by entitled men like Trump – who have been grabbed or groped at concerts, in school hallways – one even shared an experience at church. None of them were taken seriously by anyone except other women who experienced the same thing.

Why was this the last straw for so many Republicans? Why have Trump’s words about immigrants, blacks, the handicapped, and even women been “acceptable” but this wasn’t? Because his words inferred actions. His words about Muslims have never been backed up by his actions, but these most recent words about how he treats women have the stench of his reality. And let’s make this abundantly clear – Trump’s demeaning of women doesn’t automatically make Hillary Clinton a better choice for president. They are both, by all critical accounts, horrible people. Her “I don’t care who I step on on the way up” attitude is genuinely dangerous.

We have two major candidates who will be horrible for the country.

He represents everything that is wrong with our culture.

She represents everything that is wrong with our government.

One of my Facebook friends shared what Trump’s words meant to her. With her permission, I am sharing her thoughts here.

Look. I don’t like Trump. Never have. But I have let my family and friends who do, feel what they feel and I haven’t belittled them. But now I need you to understand something about me. I’m a survivor of sexual assault. It has affected every part of my life. It destroyed me and I’ve spent the past few years putting myself back together. What Trump said is not just words. It’s not just locker room talk. It’s not just “look at the jugs on her” which is gross, sure, but it’s not on the level of what he said. What he was talking about was sexually assaulting women. Kissing women without consent. Groping genitals without consent. He specifically said that you didn’t need to wait for consent. The whole point was doing things without consent. If you can argue that what he said was somehow OK, I’m just letting you know that I will think less of you. I will see you as someone who doesn’t know or understand or care to understand what I went through – what millions of women who are survivors of rape have gone through. I’m just letting you know that up front. So when holidays roll around and you see me at Thanksgiving or Christmas dinner or a New Years party or whatever, be mindful. Because if conversation turns political, I won’t argue with you. I won’t state my case against Trump. Because I shouldn’t have to. I’ll walk away and let you live in your world where you don’t have to care about these things.

This is just one of dozens I’ve read in the past 48 hours.