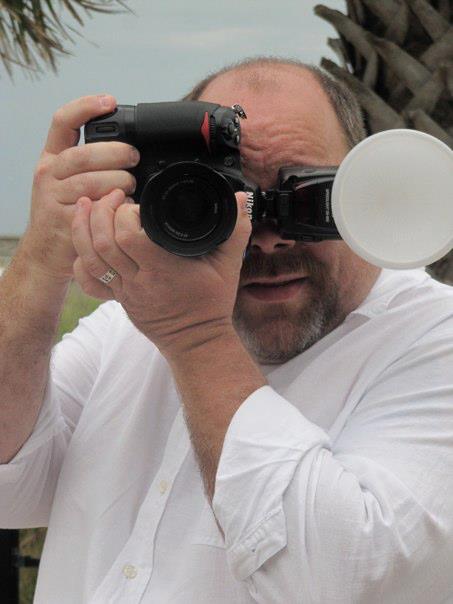 About 25 years ago I bought a Pentax P30T camera and began the long (and expensive) journey to become a “photographer”. Over the years I have become good at taking pictures. I have made some friends – probably a few enemies. I have met and photographed more beautiful women than I could have ever imagined – often lamenting that I didn’t begin this journey when I was younger and single. But I have come to the tough decision to quit photography as my avocation.

What in the wide wide world of sports would make me come to that decision? There are myriad reasons, and I will try to explain just a few.

When we downsized our home two years ago, I lost the studio I built in our daylight basement. That space was a creative haven for me. When I wasn’t shooting in it, I was painting walls, or building things, or sweeping the floor, or painting the floor! That space sparked joy and creativity in me. It was MY space where I could do anything I wanted, and create any photographic illusion I desired.

I covered models in paint and syrup and fake blood in that studio. I created a cheesy Christmas scene for a pin-up shoot for a magazine. I built a 50s sci-fi inspired set for a shoot. I made giant snowballs from beanbag chairs and created a winter wonderland. There was the giant shoe chair, the textured shower curtain, and the oh so popular bed springs.

All of my Stuff was in that studio – my light and light stands, fog machines, go-bos, flats, a closet full of wardrobe. But when we moved all that was either sold, given away, or packed into travel cases. The Always Around creative space was gone.Even before we moved, I went through times when I was DONE. I grew sick and tired of models not showing up, of losing paying clients to a mother’s brother’s cousin’s best friend who has a fancy camera. I shifted from model and portrait photography to working with shelter and rescue dogs. Even then I continued to encounter no shows and ungrateful clients.

After the move I found a studio space I could join that allowed for 3 hours a month access. In the first 6 months I used the space twice. The other 4 months my allocated time was lost to no show models or cancelled clients.

A few months ago I was rejuvenated when I started doing decidedly more risque shoots with a web company, but, after 25 years of being a Well Behaved and Respectful photographer, I had a model comment to other people that she wasn’t comfortable working with me, that my words and actions during our shoot left her not wanting to shoot with me again. I don’t dispute her perception, but I don’t ever want to be construed like that again. That is a considerable risk to me shooting that kind of content.

I can hear you from here, “Don’t let one new model’s opinion drive you away.” It isn’t. Yes, what she said really bothers me – like a LOT. The truth is that the whole landscape of nude/art/erotic model photography has changed – mostly for the better resulting is safer shoots for models. But all it takes to ruin a model’s or photographer’s reputation is one person telling the right other people, and deserved or not (usually deserved) that ends things for that model or photographer.

Truthfully, I don’t want to have to deal with that at all – ever. The last thing I want to have to do is explain to my wife that Model told others that I was inappropriate or made her uncomfortable.

With the exception of actual content, my photographic style hasn’t grown in over a decade. I haven’t changed to become better. I haven’t stepped out of my technical comfort zone. I have become a boring photographer.

So I have decided to sell all but one of my 4 Alien Bees studio light set ups, every remaining piece of studio gear I have (umbrellas, soft boxes, brollies, backdrop stand and backdrops), and all of my camera gear except for one camera and 3 lenses.

I’ll hold on to just enough gear to fit in one gear bag so I can still photograph dogs, a few portraits of my actor niece and nephew, maybe try my hand at food photography (I’m going to move my creativity from the camera to the kitchen), and over the next few months get rid of my photography business websites.

I still have a drone, a few GoPros, a gimbal, and a phone. I AM keeping one of my cameras, a few lenses, and flashes. I will still pick up assignments for local magazines. I guess the reality is that I’m not quitting photography. I am hanging up the mantle of “photographer”, and going back to being a guy who takes pictures of things he likes from time to time when he feels like it.

And no, I will not shoot your wedding.

Ordained minister of the Universal Church Triumphant of the Apathetic Agnostic